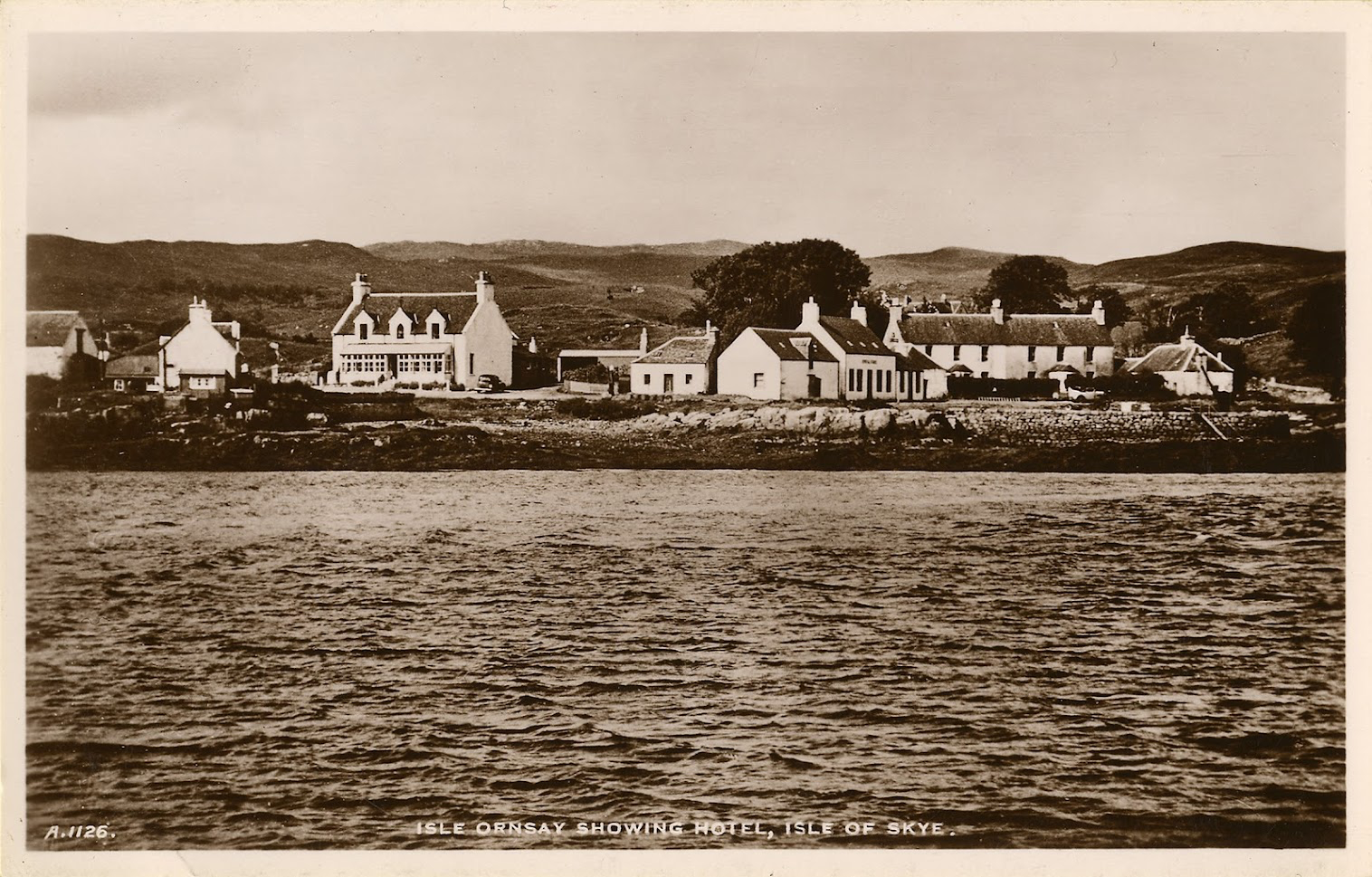 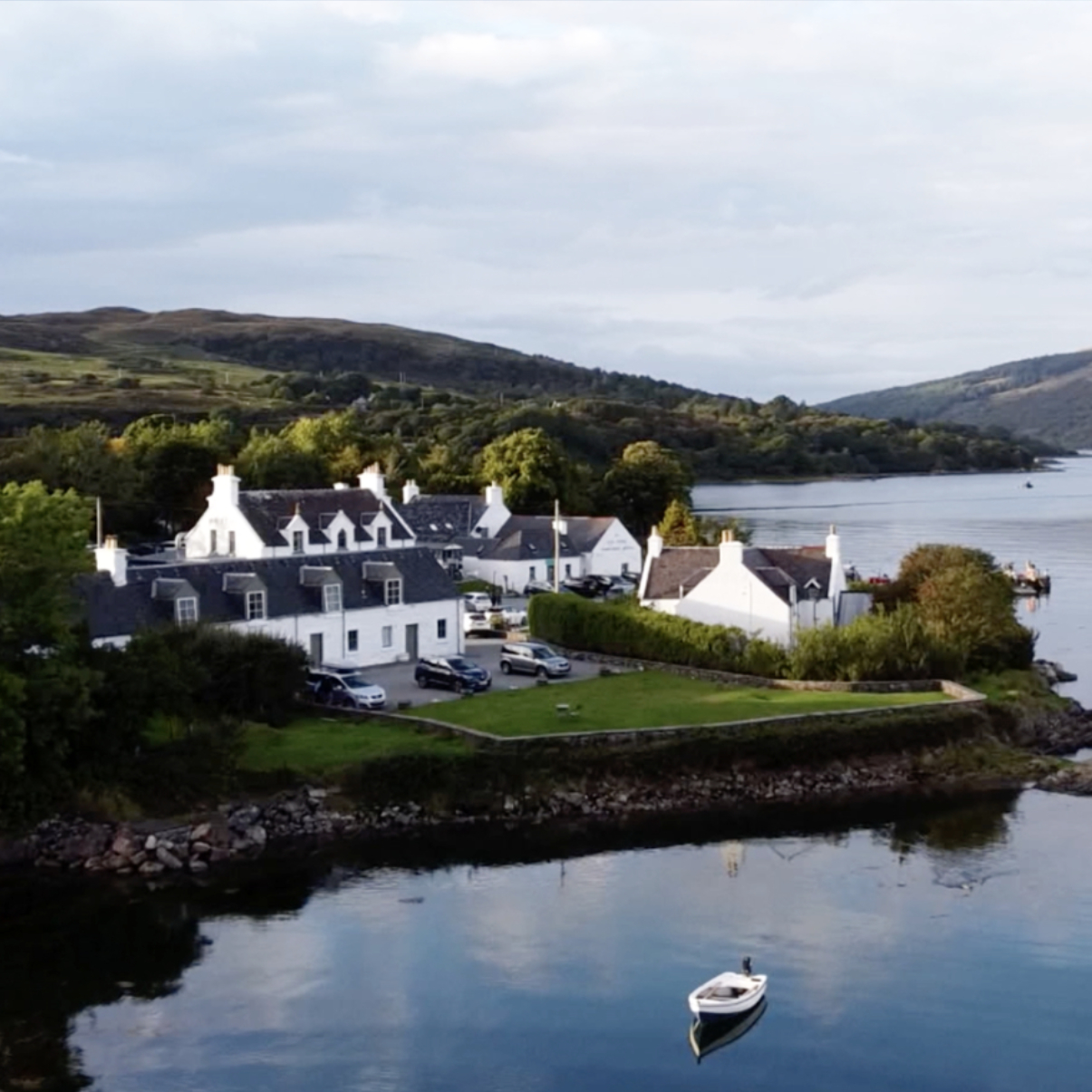 The most beautiful spot on Skye

At the end of the road, in a whitewashed hamlet, almost paddling in the Sound of Sleat. Mountains rise, the sea sparkles, the odd fishing boat potters by with deep peace in a magical landscape. Warm Hebridean interiors, an atmospheric restaurant for lovely food with hand-dived Scallops, Highland Venison, traditional Scottish Cranachan with fresh raspberries.

Renowned for its location and special atmosphere, Hotel Eilean Iarmain is a 19th century traditional hotel, comprising four suites and 12 bedrooms, charming and uniquely decorated. Cosy up by the open fires, try one of our Gaelic Whiskies in Am Praban bar, bustling with good cheer and traditional music, or enjoy a more formal dining experience in the wood-panelled dining-room and brasserie, Birlinn.

People have been coming here for over a hundred years, drawn by a love for the beautiful landscapes and seascapes of this Hebridean island, its geology, botany, ornithology, its rich Celtic history, culture and language.

Eilean Iarmain was once the busiest port in the south of Skye, with puffers coming in to the old stone pier. The traditional buildings tell the history of the place and its people. The old stables of the original inn are now converted into charming suites.

Located next to the hotel you will find ‘Praban na Linne’, the Gaelic term for ‘the illicit still, on the Sound of Sleat’, where you can enjoy a free tasting of the award-winning Gaelic whiskies and Gaelic Gins and purchase a bottle to take home! Adjoining is Flòraidh – a boutique shop stocking fashions in traditional tweed, luxurious Scottish cashmere, unique printed silk as well as handmade local crafts. You won’t have to go any further for your souvenirs and gifts! Our neighbour across the water is Eilean Sionnach Lighthouse Cottage and what a beautiful view we get of it all year round!

Sir Iain Noble was one of Scotland’s most far-sighted and influential entrepreneurs. A man of remarkable vision and the most innovative businessman of his generation.

Through his foresight to ensure Scottish investment and career opportunities in areas of commerce, finance and industry he set up a succession of wide ranging, ambitious and pioneering enterprises from oil exploration and shipping to finance, banking and whisky.

He was instrumental in establishing Edinburgh as one of Europe’s financial centres and played a vital role of raising the profile of Scotland in the world of international business, imparting an inspiration to a younger generation.

“It was his sheer tenacity and energy, invested on behalf of Scotland, which made him so innovative and original. Many of the things he established we take for granted today.”

He was committed to reviving Scotland’s Gaelic heritage, founding the Gaelic College of Sabhal Mor Ostaig, on the Isle of Skye in 1973.

Today the college is recognised internationally as the National Centre for Gaelic Language and Culture. It is also an academic partner of the University of the Highlands and Islands and a multi-million pound complex, unique in offering further education through the medium of Scottish Gaelic.

The Gaelic College has acted as a vibrant catalyst in the economic and social regeneration of Skye,and is a key contributor to the local economy.

With an intuitive understanding of linguistic and cultural heritage being fundamental to economic development, particularly in rural communities, Sir Iain focused his energies on promoting and developing the rich heritage of Gaelic through establishing commercial enterprises and initiatives to create long-term employment and career opportunities on the Isle of Skye.

In recognition of the significance of Sir Iain’s contribution to the revival of the Gaelic language he was appointed OBE in 1989.

Following his request for this honour to be awarded in Scotland as it had been “earned in Scotland”. – Sir Iain received the OBE from Her Majesty the Queen at Holyrood Palace.

Lucilla Noble’s family roots are in Ross-shire, where her father Colonel HAC Mackenzie, doyen of the whisky industry, was proprietor of Dalmore Distillery. With her love of the Isle of Skye, its heritage, language and culture, and the inspiration imparted by her late husband, Sir Iain, she is passionate in her role of custodian of Fearann Eilean Iarmain.

Lucilla is committed to building on Sir Iain’s achievements in promoting and developing the local economy through the Gaelic language, its cultural heritage and community, continuing and strengthening the legacy of Sir Iain with new enterprises and charitable initiatives, ensuring the long term perspective for the businesses of Fearann Eilean Iarmain.

It is with her enthusiastic approach that Lucilla admits; “It’s a commitment of heart, as well as head.”

Nearby is Sabhal Mòr Ostaig – the National Centre for Gaelic Language and Culture and an academic partner of the University of the Highlands and Islands – founded by the late Sir Iain Noble. It is the only institute of its kind in the world and offers many learning opportunities, both on campus and via distance learning programmes, in Gaelic, traditional music, education, culture, history and the media. It also hosts residential short courses through Easter and the summer months for those who wish to try out traditional music, Gaelic language and culture.

Màiri was a Scottish Gaelic poet, singer and also a nurse, from Skeabost, Skye. Her work mainly focused on highland clearances and the land struggles. Her work was used as a way of spreading information to Gaelic speaking communities. Màiri Mhor writes fondly of her visits to Eilean Iarmain in her song ‘Ath-Ùrachadh m’Eòlais’:
‘Nuair nochd mi ri Eilean Iarmain, Dh’fhalbh na striochan às mo mhala’
‘When I reached Eilean iarmain, the furrows left my brow.’ 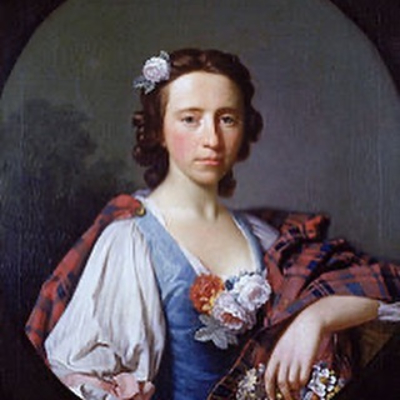 Flora played a vital role after the defeat of the Jacobites at the battle of Culloden. She successfully smuggled Bonnie Prince Charlie ‘over the sea to Skye’ from Benbecula, dressed as her Irish maid!
She was later taken captive and said to have boarded the ‘Unicorn’ from the stone pier here at Eilean iarmain, bound for the Tower of London where she was imprisoned for her part in his escape.
The part that Flora MacDonald played in his escape is honoured in the ‘Skye Boat Song’.

We love to reward our friends!

This year has been designated Scotland's Year of Stories 2022 by Visit Scotland and so we will be delving into our archives and releasing a story a week throughout the year connected to Eilean Iarmain. Click here to read more...